Sculpture > "If I was to become First Lady, I would be very traditional..." a portrait of Melania Trump 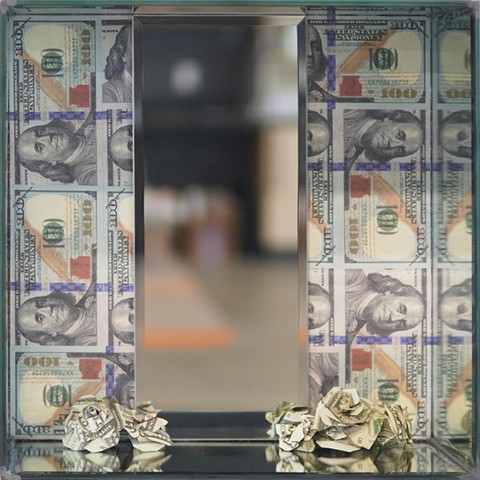 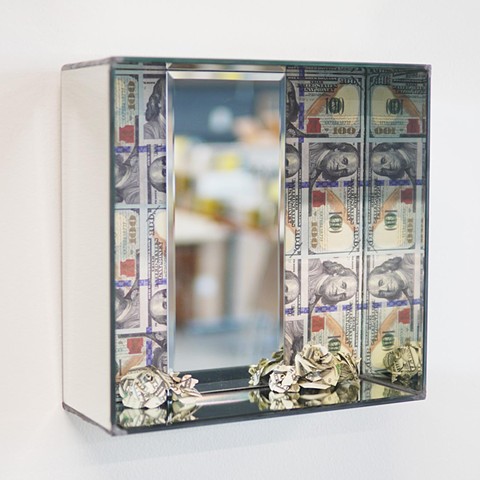 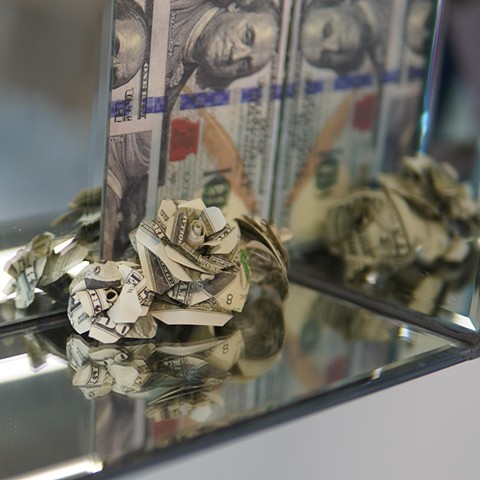 This work was shown as part of the exhibition 46 First Ladies at Arts + Literature Lab in conjunction with 46 short plays titled under the same name.

After researching Melania Trump, I found that the most interesting thing about her is how much she reflects our culture back at us as we project our assumptions and biases onto her. She is an immigrant as are many citizens of the United Sates. Her parents have also become naturalized, yet she is half of a pair that made it harder to become a citizen. She is traditionally beautiful, and many were relieved when she entered the White House, she stood as a symbol of a more “white” standard of beauty following the Obama administration. Mrs. Trump was seen through the lens of what she wears much of the time as we truly struggle to separate women in the spotlight from their clothing. She made fashion choices that seemed ambivalent or ignorant, and some that we thought were code for her rebelling against her husband or playing ode to history.

Much of the Trump administration made people afraid of being replaced and undermined for various reasons. It fed off the fear in conservatives that they would no longer have work or access to privilege while it made legislation for other groups of black, brown, indigenous, and LGBTQIA+ folks that literally took those things away. Through all of this we saw “free Melania” campaigns, looking at her as a damsel in the clutches of her rich husband, however, Mrs. Trump was no passive First Lady, but instead is known to have influenced her husband greatly in both accordance and disagreement.

Researching her was difficult, there is not much about her in a basic internet search other than the fact that she’s from Slovenia, was a model, and married a mogul. I wanted to put my own political beliefs aside and find impartial or more “neutral” information. I aimed to take a step back and look at her as an individual separate from her husband. I felt that to do my best, it would be most important to give her the benefit of the doubt, go in without assumption, and to find a source that was not sensationalized. I settled on The Art of Her Deal: The Untold Story of Melania Trump by Mary Jordan, a Pulitzer Prize winning reporter for the Washington Post. I wanted facts with as little political lean as possible and did not want to immerse myself in an echo chamber that would only solidify how I already felt. I wanted to get to know her as best I could in a short amount of time.

There is no doubt that her life is heavily influenced by the wealth she has access to now, and I believe that it shapes how we look at her as well – she is practically as inseparable from it in our eyes as she is from her husband. What I feel like I’ve found is that she symbolizes so much of the skin we may be shedding as a country. I think that in how we have either idolized or demonized her, we should also be looking at ourselves. She is a very private person, very calculating, a master of deflection, and above all ambiguous. This piece serves as both a portrait of her and an opportunity for the viewer to think on how they perceive her based on the assumptions and biases they carry.